Taking climate change to the streets of Melbourne 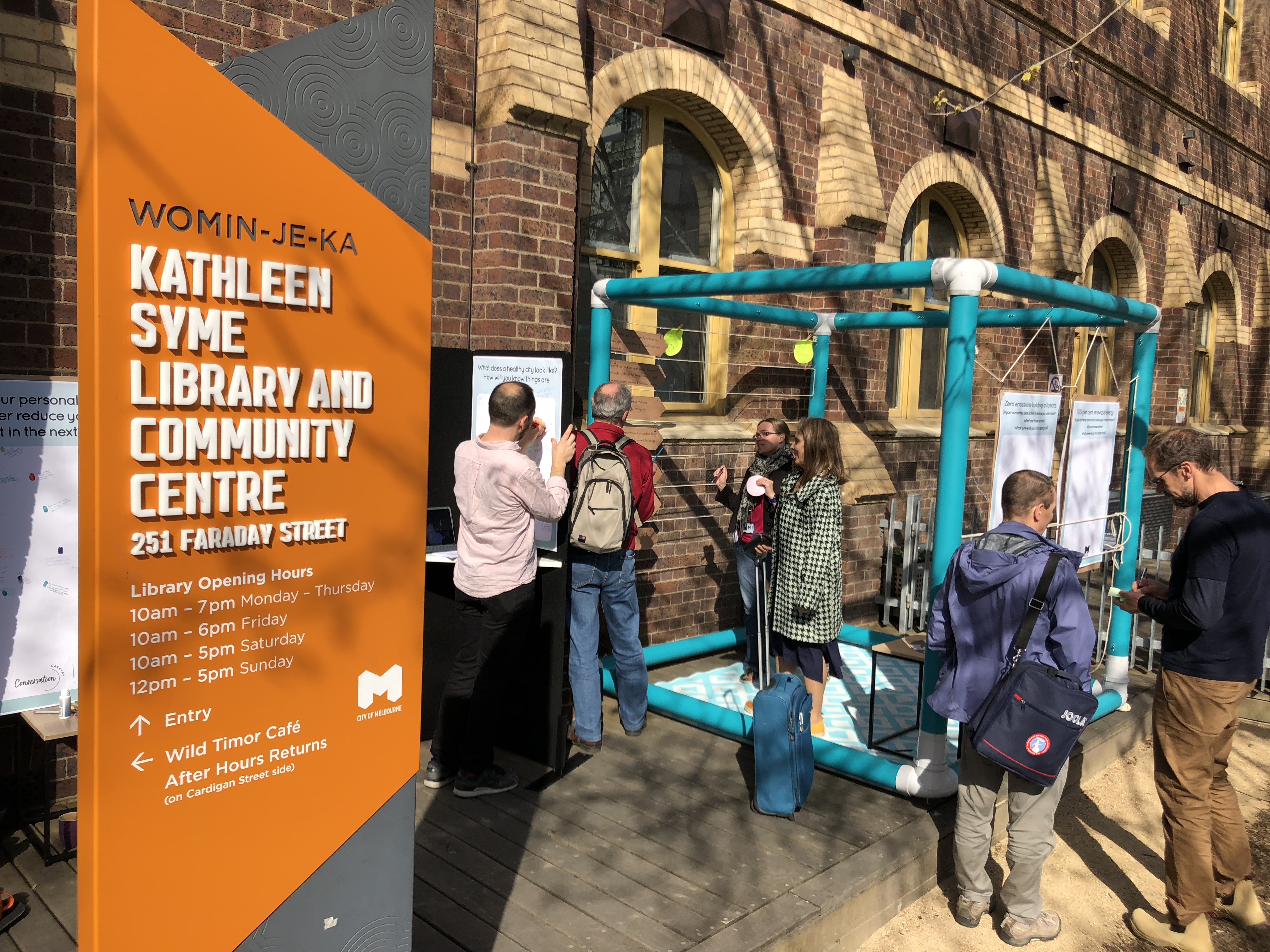 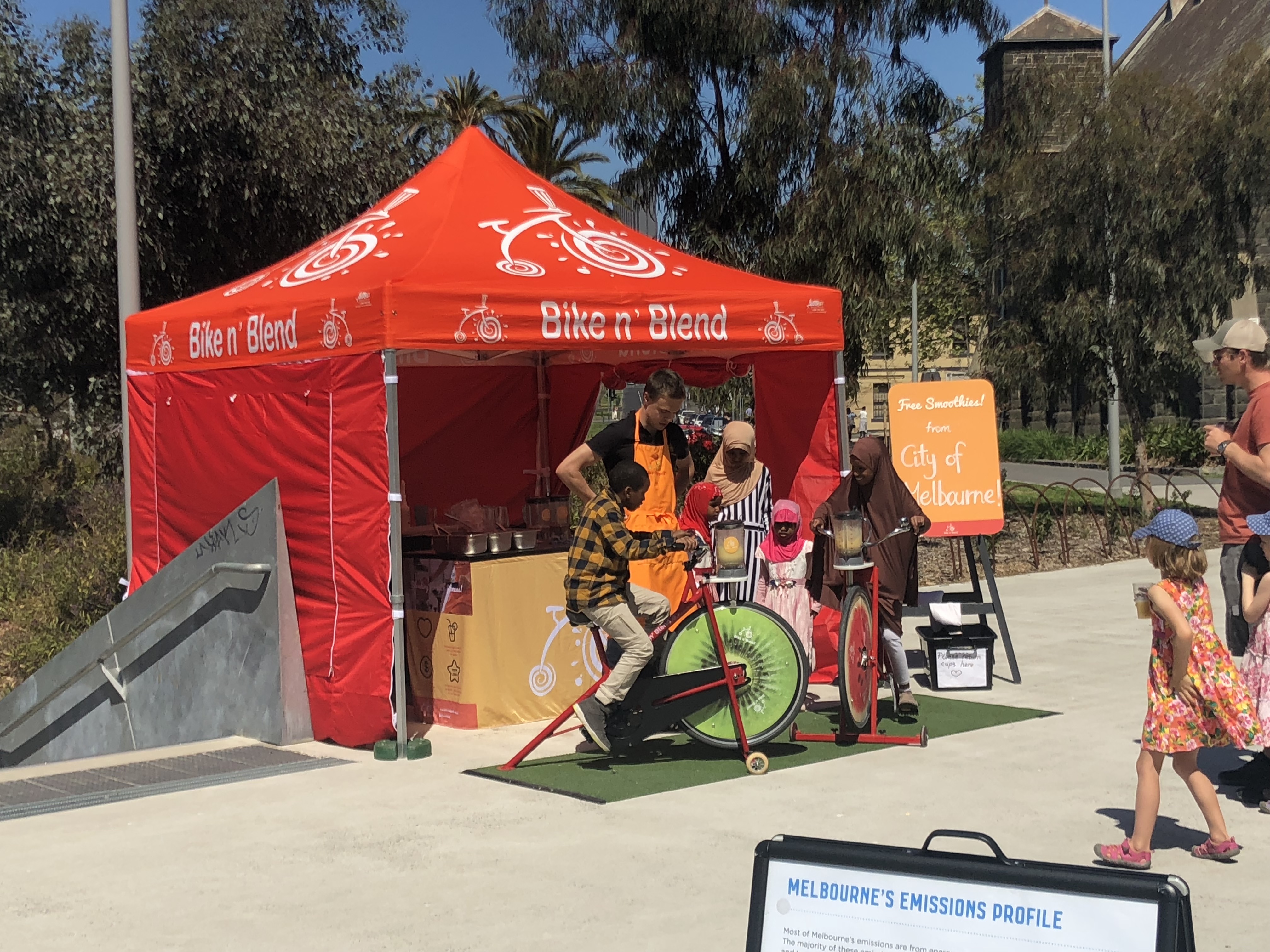 “The rich conversations facilitated by Conversation Caravan with people from all walks of life across our municipality gave us the confidence to present our Climate Change Mitigation Strategy to Councillors with demonstrated support from the community."

The City of Melbourne (CoM) is Victoria’s largest municipal council, hosting some 140,000 permanent residents, over 900,000 daily workers and an average of 100,000 visitors and transient residents daily. This complex demographic requires a flexible and progressive administration, open to innovation and new ideas.  One example of this is in the recent update to the City of Melbourne’s Climate Change Mitigation Strategy. This strategy forms the basis of CoM’s approach to eliminating or mitigating the effects of climate change on the natural, human and built environments within its boundaries.

Conversation Caravan was engaged by the City of Melbourne to run the community engagement phase of their Climate Change Mitigation Strategy update. The brief was to run a series of pop-ups in various locations, speaking to community members and testing key elements of the Strategy update, and to deliver a report assessing community response to these elements. The data gained was to be used to inform and modify the proposed strategy and ensure that it remained in line with community expectations.

Conversation Caravan delivered 11 pop-ups in total across a broad range of locations, including, but not limited to, the City Library, Southbank Promenade, University of Melbourne, Neil St Reserve and Southern Cross Railway Station.. The locations were chosen in consultation with CoM in order to target a range of respondents with particular emphasis on city residents, city workers, business owners and marginalised communities such as the elderly, people with a disability and CALD communities. 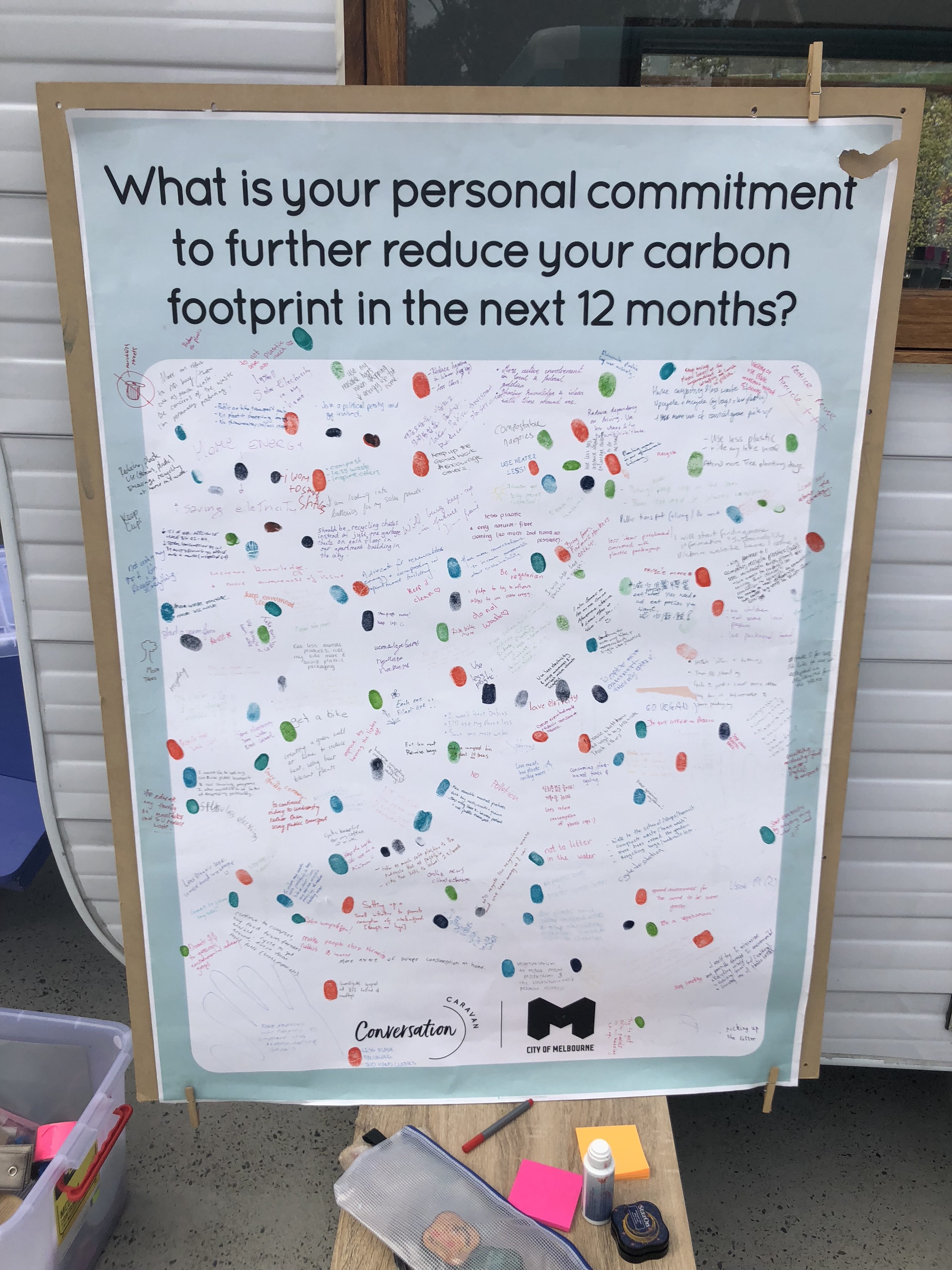 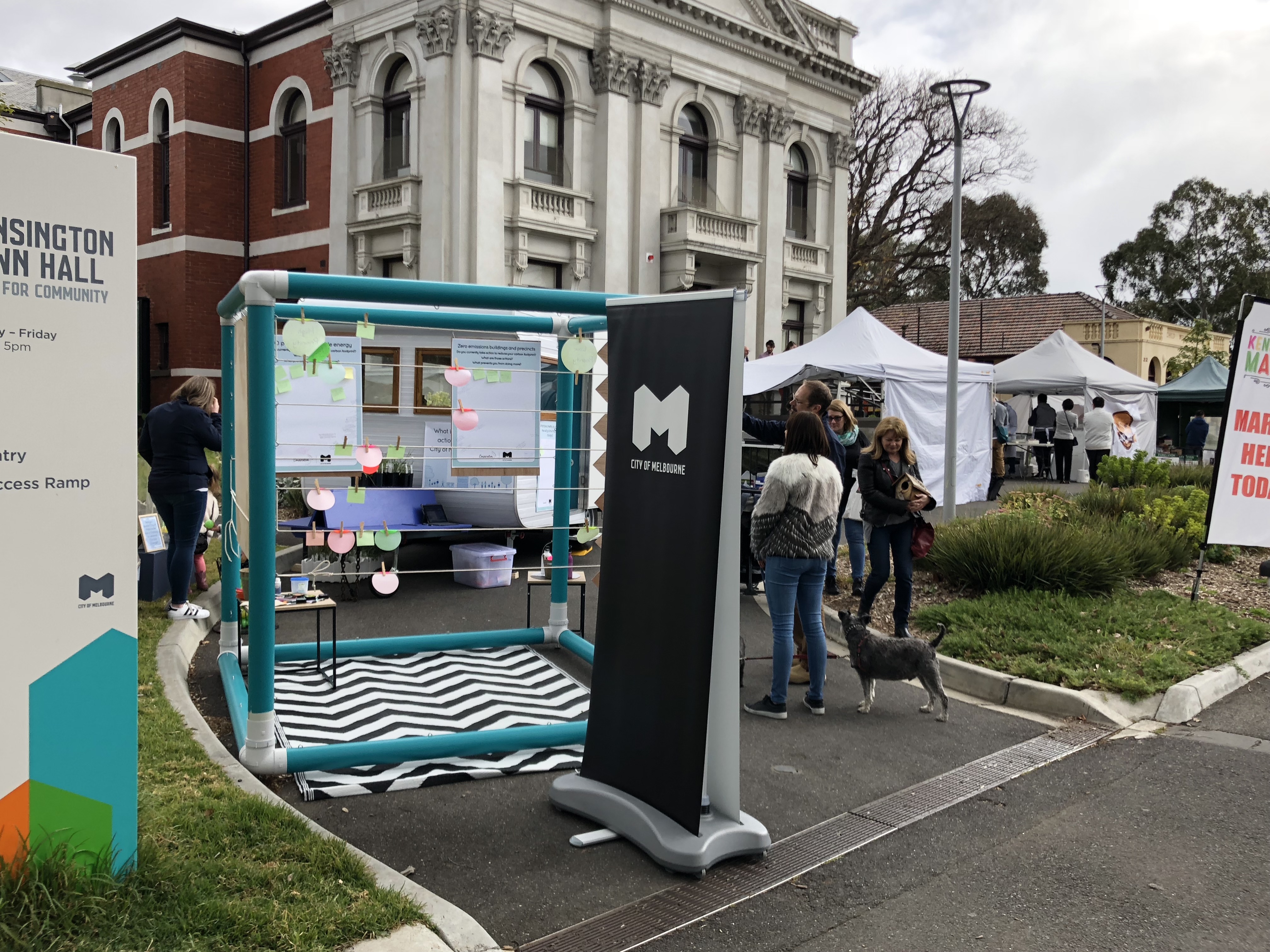 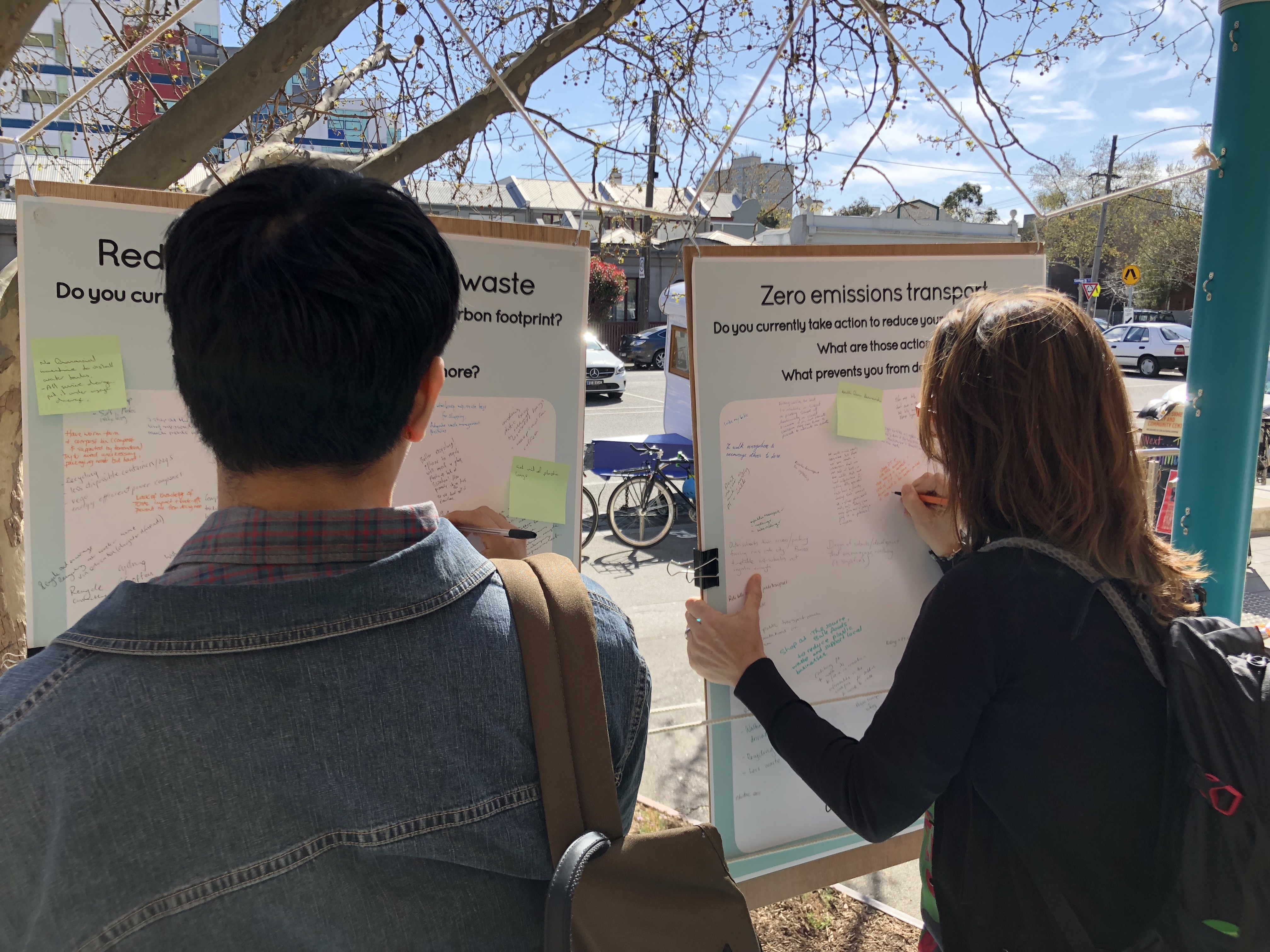 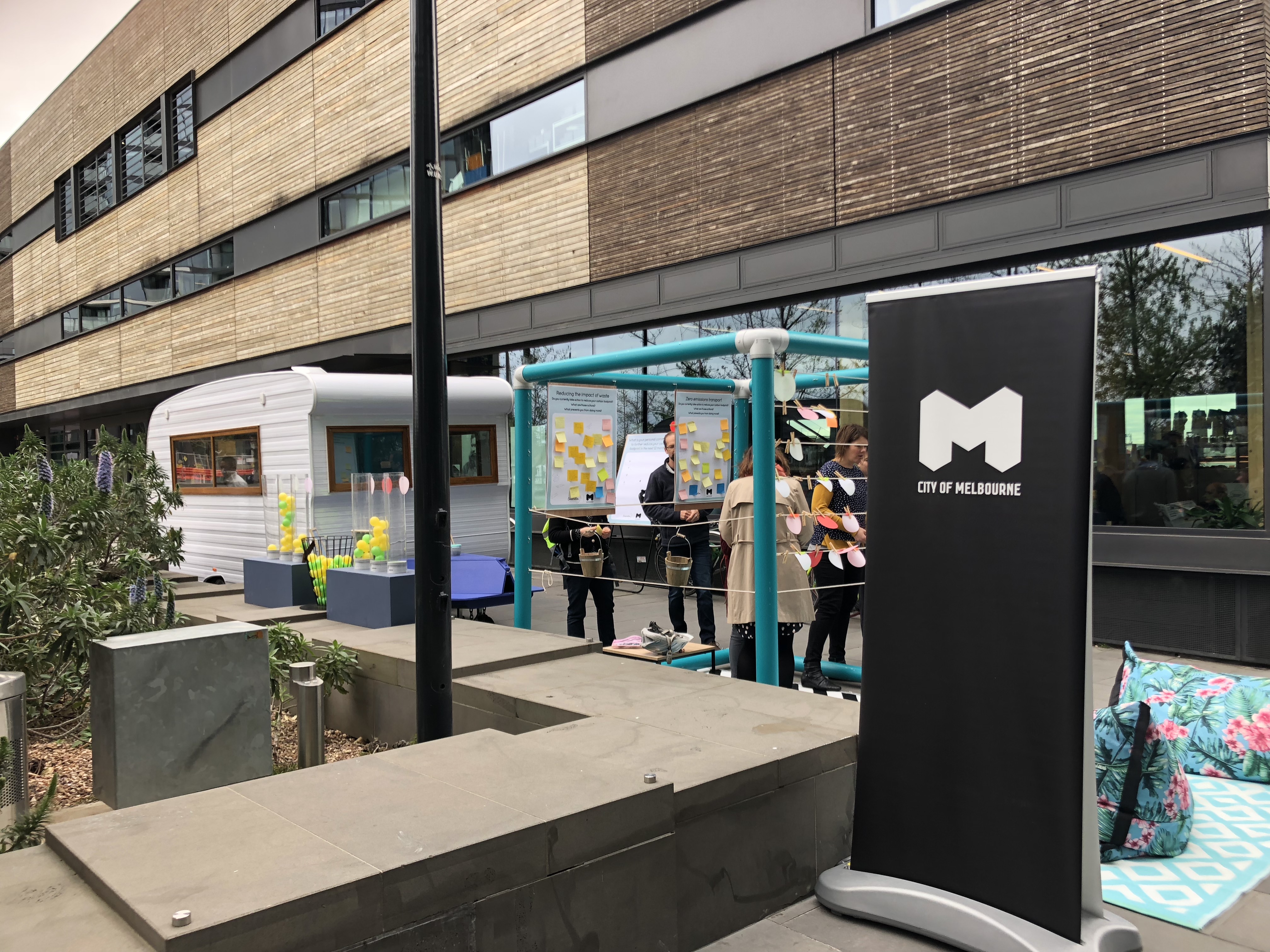 Answering what a healthy city would look, feel and sound like:

“It looks and feels green in every pocket, communal spaces are used and thriving, PT is affordable, safe and reliable.”

“The rich conversations facilitated by Conversation Caravan with people from all walks of life across our municipality gave us the confidence to present our Climate Change Mitigation Strategy to Councillors with demonstrated support from the community.

The information from the consultation process was used to refine the climate actions that were included in the final strategy, particularly to enhance social inclusion and to improve the way they were communicated. The summary report you prepared for us helped us to demonstrate that we had done a thorough job in engaging people across the municipality during the public consultation process, and to demonstrate that the actions we proposed in the final strategy had the support of the community.” City of Melbourne Council Officer Urban Sustainability 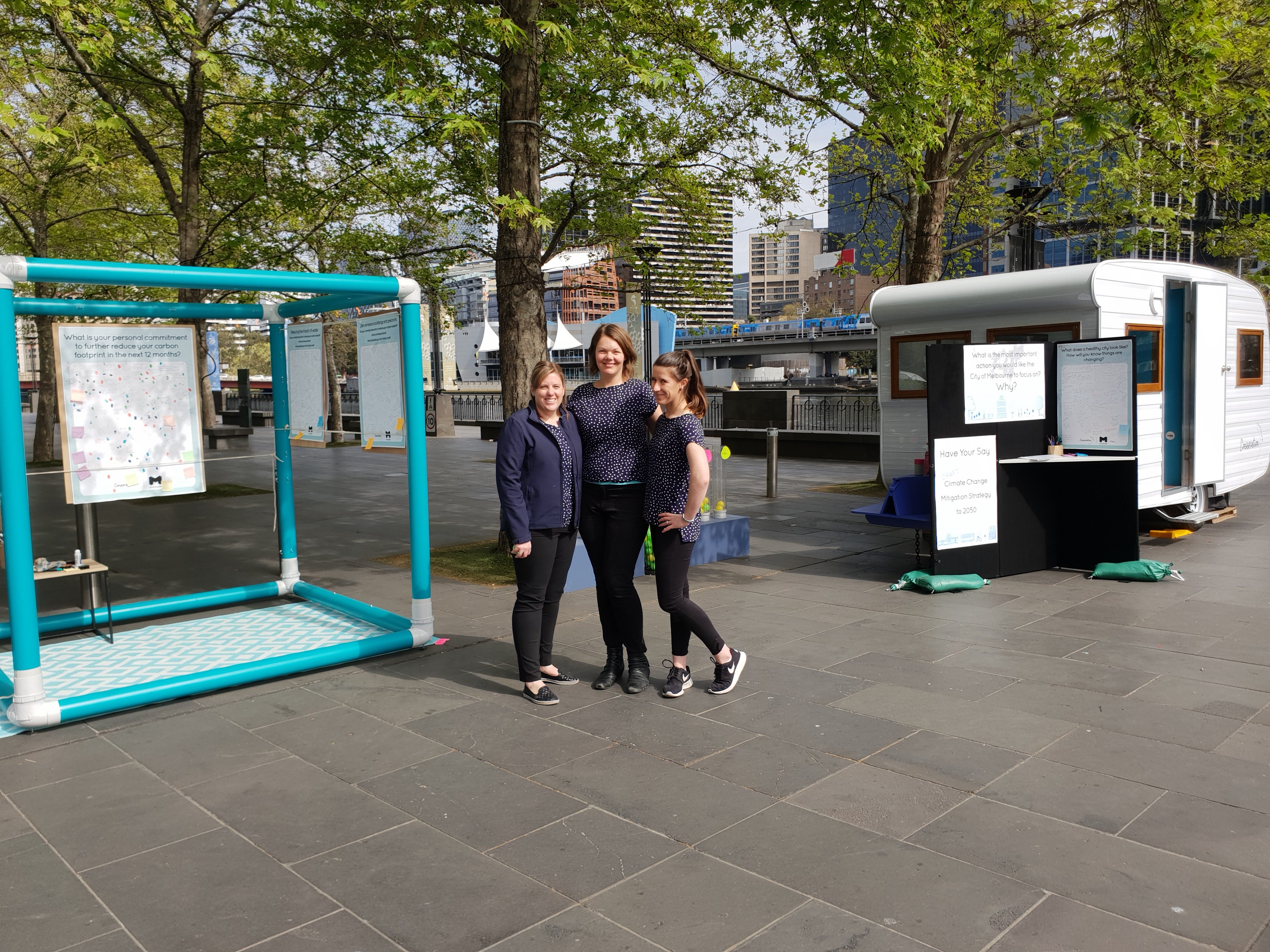 Conversation Caravan acknowledges Traditional Owners of Country throughout Australia and recognises the continuing connection to lands, waters and communities. We pay our respect to Aboriginal and Torres Strait Islander cultures; and to Elders both past and present.